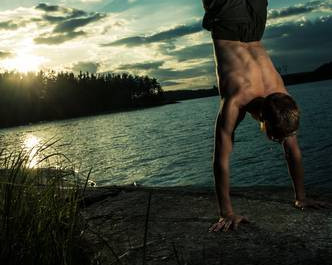 One-shot changes that have a high ROI. Like changing a habit

Last year resolution worked great and I think its been a success :)

This years resolution will be to do more creative work. It might not look like it, but the more I do it, the more I think it is just a habit. It didnt come naturally to me, but after awhile, you actually crave for it when you cant do it

Ive been using this method called the single word method

Basically, you just have to add something, no matter how small, to whatever you are doing. After that, you are allowed to to quit for the day

More often than not, what happens is that ‘one word’ end up being quite a lot because you inadvertently enter “the zone”

And while we are still talking about resolutions one last adition. It wasnt really a resolution because it just happened a year after I quited smoking, but after 2 years I can say Im really into doing sports now

Im really past the point when I gotta worry about underdoing and have to worry about overdoing to avoid injuries. Ive shunned doing exercise for a very long time. This has not been easy. It has not been hard either, but I could totally hear my body asking me what the heck was i doing moving so much and asking me to stop

PS: Side goal for this year: to do a handstand without wall support